Hidayatullah National Law University, a premier law university in the country will be organizing the ‘Conclave on Constitution Day’. It will be on 26th November 2022 to commemorate National Law Day at its Raipur campus. 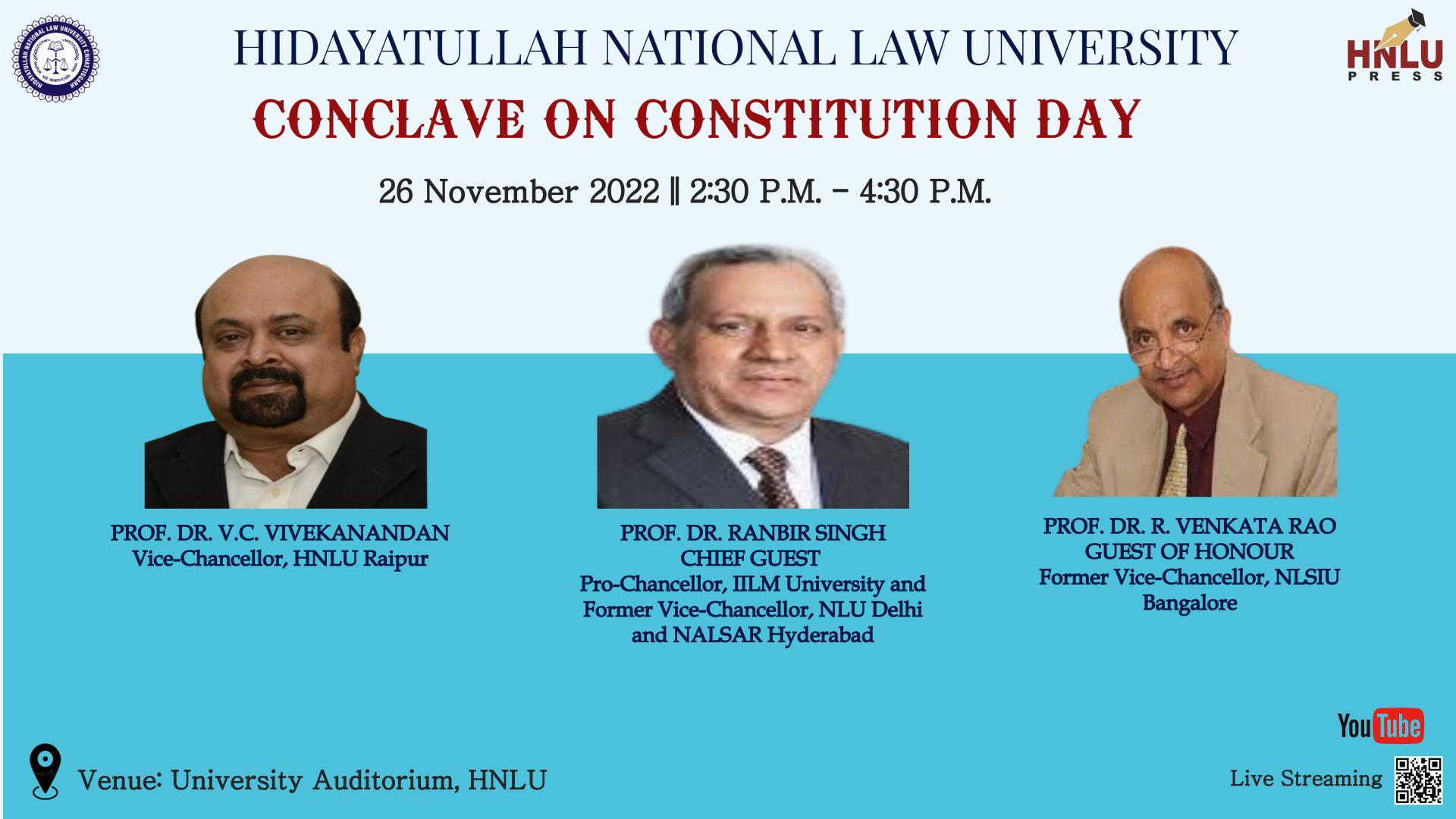 Speaking about the conclave Prof.V.C.Vivekandan, Vice Chancellor of HNLU remarked, “It is important to celebrate the National Law Day affirming our faith in our constitution which has steered our governance for the past seven decades and will guide us in the coming days. More than ceremonial in nature this day also is dedicated to serious introspection of its strength and challenges by way of deliberation by experts in the constitution.”

The conclave will deliberate on the interface of Constitution with the International Law, Legal Education, comparative perspectives, and related themes.

A Book titled The Journey of Seven Decades – Constitutional Discourse at Cross Roads published by HNLU Press, the publication division of HNLU will be released in the conclave. The event will also release the first newsletter of the HNLU Alumni Association- ‘ALUMNI CONNECT.

HNLU (Hidayatullah National Law University), named after Justice M. Hidayatullah, is one of the 23 NLUs in India. The Chief Justice of the High Court of Chhattisgarh is the Chancellor of the University.

It is a residential university, affiliated to and receives central assistance from the University Grants Commission. It is recognized by the Bar Council of India.