For the first time, Chhattisgarh is going to witness the thrill of an international ODI cricket match. Raipur has got to host one match of the India-New Zealand ODI series. The match is to be played on January 21 at the Shaheed Veer Narayan Singh International Stadium. It is considered a big achievement regarding the cricket prospects of Chhattisgarh. The New Zealand cricket team is coming to India next year. Three ODIs and three T20 matches are to be played in this tour. The meeting of the Board of Control for Cricket in India – BCCI’s tour and scheduling committee were held on Tuesday. In this, the New Zealand tour was finalized. The schedule of the series has not been officially announced yet. But the Chhattisgarh State Cricket Association has been told that this time a match is to be played in Raipur. 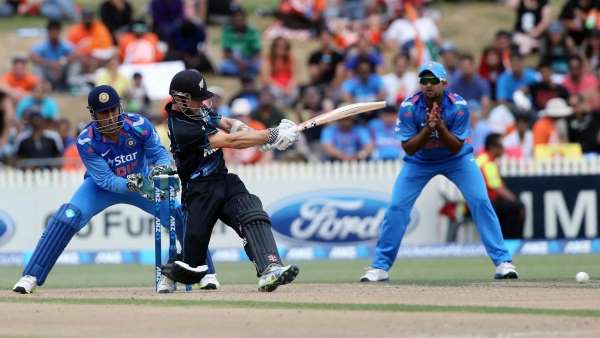 Chhattisgarh State Cricket Association secretary Mukul Tiwari told the media, the association had specifically requested BCCI secretary K Jai Shah to host the one-day international match. BCCI has accepted this request considering the past track record. Now on January 21, New Zealand will compete with India at the Shaheed Veer Narayan Singh International Cricket Stadium in Nava Raipur. This is a big opportunity for Chhattisgarh cricket. We are making full preparations for this. Sources associated with the BCCI say that the first ODI of the New Zealand series will be played in Hyderabad on January 18. The second match will be held in Raipur on January 21. The third and deciding match of this series is to be held in Indore on 24 January.

Raipur has already hosted such a match

The Veer Narayan Singh International Cricket Stadium hosted two IPL matches in 2013. In 2014, T20 Challenger Trophy matches were held here. IPL was played for the second time in 2015. Since 2016, Ranji Trophy matches, and Syed Mushtaq Ali T20 Trophy matches have been played continuously. For the last two years, matches of the Road Safety Cricket Series are also being organized here.

Fours and sixes will be hit in Raipur

For the first time in Raipur, the Indian cricket team will be seen playing the match. Virat Kohli will hit sixes and Rohit Sharma will hit fours. Veer Narayan Singh Stadium of the capital is being prepared for international cricket. For the first time in the cricket history of the state, the BCCI has entrusted the hosting of an international match like ODI to the state. This match is to be held between the players of Team India and New Zealand.

New Zealand players are coming to India in January 2023. These players will clash with the Main Blue Army and one of their matches will be held in Raipur. This has been officially confirmed by the Chhattisgarh State Cricket Association. It has been told by Sangh that on January 21, 2023, the match will be held at Shaheed Veer Narayan Singh Cricket Stadium, Parsada.