Prime Minister Narendra Modi flagged off the train at Nagpur Railway Station today on 11th December. At the same time, it will reach Chhattisgarh in due time with its speed. 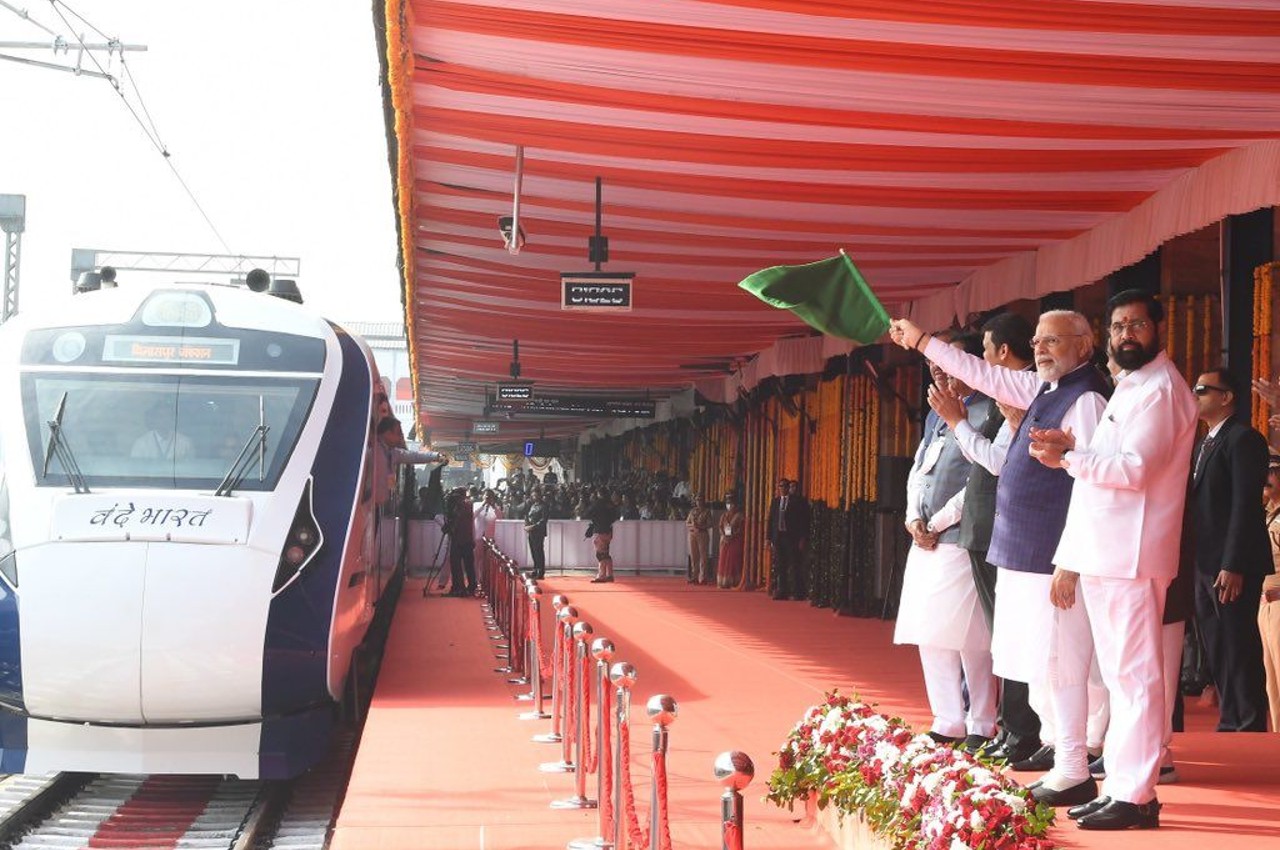 Today after getting the green signal from Nagpur, the train will run to Bilaspur 6 days a week. Today the train timing in Raipur is 1:15. There is a lot of curiosity among the people to see this train. Given this, strict security arrangements have been made. That’s why 50 jawans have been deployed in the surrounding stations of the Raipur division. (Vande Bharat Train in Durg) People are constantly being alerted around the localities not to throw stones at the train, and not to leave cattle on the tracks. People will welcome the Vande Bharat train at 22 stations till Bilaspur. When the reservation started on Saturday, 289 passengers got their seats reserved from the counters of Raipur Rail Division on the first day. There are 1128 total seats in the 16-coach train.

Details of the train

Railways will now refrain from canceling passenger trains suddenly by taking blocks on the track whenever it wants. Because for the last six-seven months the journey of lakhs of passengers has been affected due to train cancellation. Now the railway will not take a block of two to three days for non-interlocking work of the track. Let us inform you that for the rail track infrastructure, works on the new rail line, double line, third line, and the fourth line are being done in every rail division. The work of laying a 206 km electrified fourth line between Bilaspur-Jharsuguda stations under South East Central Railway Bilaspur Division is underway. Block has been taken many times for this. Work on the Raipur-Nagpur rail line also continues for interlocking work, due to which trains are canceled.

The stoppage will remain at these stations

The stoppages of the Vande Bharat train between Bilaspur to Nagpur have been given at Raipur, Durg, Rajnandgaon, and Gondia stations.

All three divisions of the Railways have been alerted regarding the operation of the Vande Bharat train. Security personnel has been deployed near track men and stations within a radius of 5-5 kilometers of the railway track. So that the operation of the train is completely safe.